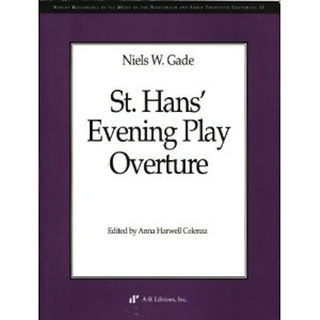 St. Hans' Evening Play is the second complete overture composed by Niels W. Gade (1817-90), undoubtedly the most prominent figure in nineteenth-century Danish music. Inspired by Mendelssohn's A Midsummer Night's Dream Overture, Gade composed St. Hans' Evening Play during the summer of 1841, and it was premiered at The Royal Theater in Copenhagen the following April in a concert featuring Clara Schumann. Schumann's letters to her husband and reviews by local critics show that the Overture was well received. Indeed, it is a fine example of Gade's masterful skills in orchestration. The overture's distinctly Danish program, a play by Adam Oehlenschläger celebrating Midsummer Night, made the composition unattractive to contemporary publishers and foreign audiences. Consequently, St. Hans' Evening Play was never performed outside Denmark, and the publication of this critical edition represents its first appearance in print.